Two weeks ago, I had the opportunity to tag along with USGS postdocs Corina Cerrovski-Darriau, John Perkins and civil servant Andy Cyr on the annual Friends of the Pleistocene (FOP) Pacific Cell trip to Panamint Valley. Panamint Valley is sandwiched between the Sierra Nevada on the west, the more famous Death Valley on the east, and the Mojave Desert to the south.

On the drive down, we stopped at some of the famous pinning points on the Garlock Fault (denoted “GF” on the above map), the transform fault which separates the Basin and Range Province to the north from the southern Mojave block, which has not experiences the same extension and normal faulting. Pinning points are locations where distinctive rock formations are sliced through by the fault and can be used to figure out how much movement has occurred along a fault since the layers were deposited together. 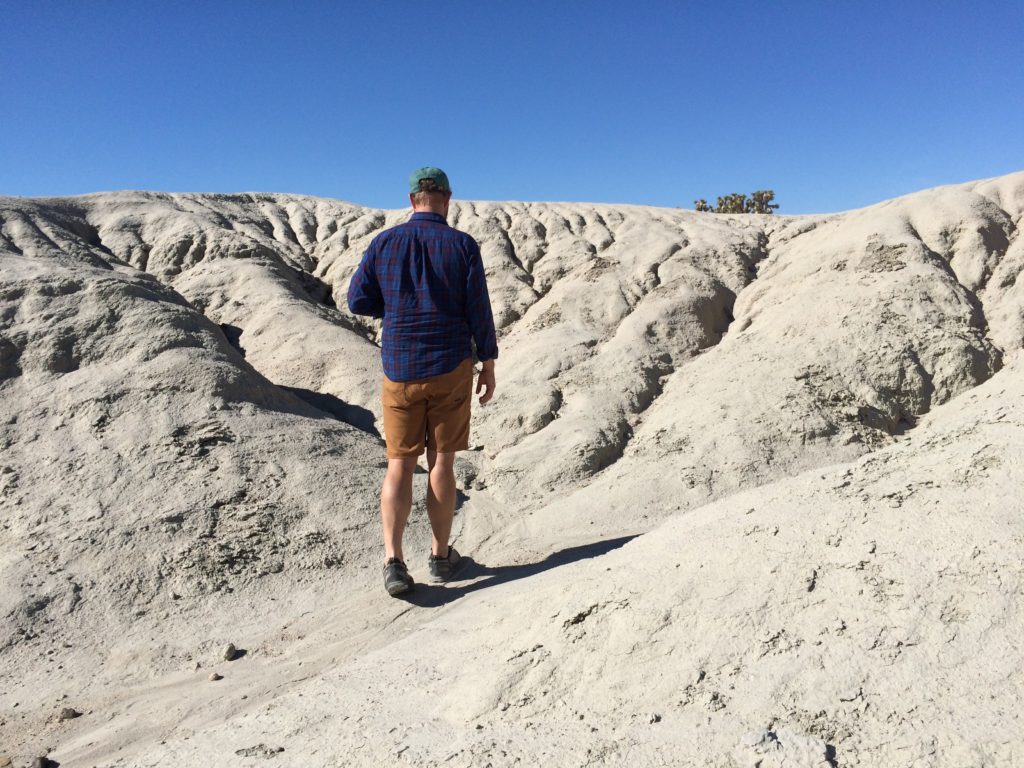 The next two days were spent driving around Panamint Valley with over 150 other geologists and to look at outcrops and argue over interpretations. The FOP guidebook does a fabulous job in laying out what recent research was debated on the trip, and you can find a link here. For me, one of the most exciting parts was getting to interact with soil scientists, since I had never done so previously and suddenly became aware of new vistas of the chronology of soil development. 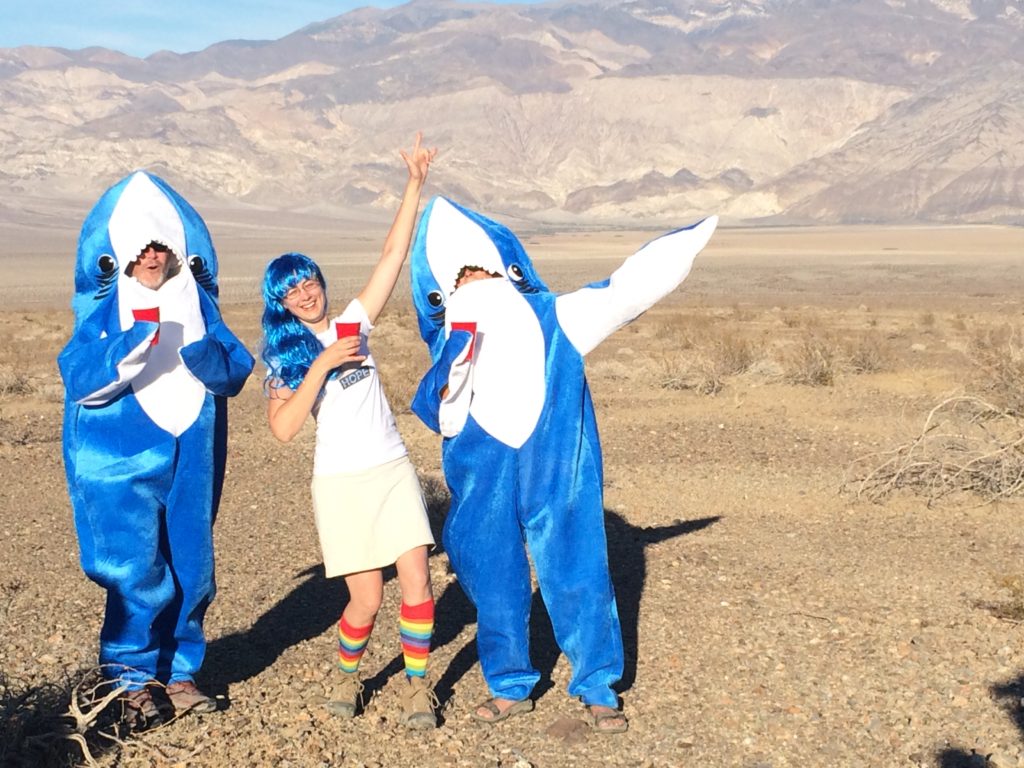 Our fearless trip leaders, Eric Kirby and Eric MacDonald, dressed as sharks at the Two Left Shark Bar, an impromptu watering hole assembled as the last stop of the trip.

The trip was also a great opportunity to meet other geologists out west in a non-traditional academic setting. FOP was designed as an organization with pretty much no leadership or infrastructure, so everyone who comes brings all their own equipment and RSVPs are only necessary if you want a t-shirt. In the evenings, after eating dinner at our own campsites, everyone congregated around a massive bonfire to chat, sing songs and drink beer late into the night, giving me valuable time to chat and ask questions of professionals in my field. 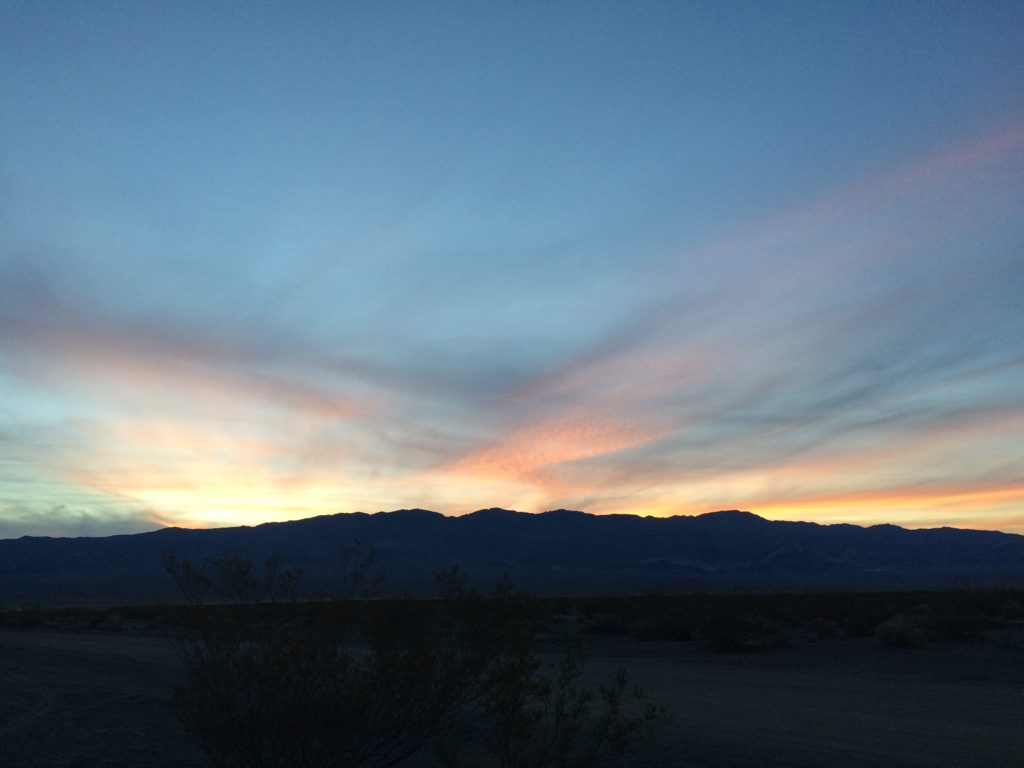 Sunset over the campsites.

Overall, it was a fabulous trip, and I learned a ton about the interactions between tectonics and geomorphology in Panamint Valley. In particular, since I went to field camp nearby in Death Valley, I knew a lot of the rock formations, but this trip helped to understand how local surface processes played off the fault systems and geologic history I had observed previously. I can’t wait to get back to the desert for more camping!